Roger Medley – President, Executive Director
Roger began his ministry shortly after accepting Christ while serving in the U.S. Air Force when he was stationed in North Carolina. In the late 1980’s Roger became the Chapter Director of Singles Offering Life to Others in Fayetteville, N.C. In the early 1990’s he attended a pastoral internship program at Christian Fellowship Church in Ashburn, VA. where he went on to become an ordained Pastor and has served as a bi-vocational Pastor in a number of churches. A popular speaker at seminars (Bass Pro Shops, Cabelas, etc) and wild game banquets. Roger uses his pastoral experience and extensive outdoor experience to connect with men.

After moving to Colorado in 2000 Roger took over as the President and Executive Director of High Country Ministries a non-profit outdoor ministry, he reaches people for God through hunting and retreats. Roger is a Colorado State Champion archer and avid outdoorsman with a heart for discipleship. He also co-authored a book for Harvest House title, A Hunter’s Field Notes. Roger’s also the Owner of Backcountry Bowhunting. He is married to Shasta Medley, they have 4 children and 7 grandchildren.

Brent Henderson – Vice President
Brent Alan Henderson is a nationwide speaker, published author, professional outdoorsman, John Maxwell certified life coach, ordained pastor, national recording artist, and the Executive Director of MenMinistry.org. He’s toured with Dove and Grammy Award winning artists including Steven Curtis Chapman, Sandi Patti, Avalon, and Crystal Lewis. Brent is an in demand speaker and has been featured at hundreds of outreach events including the Billy Graham Crusade and Promise Keepers. Brent also speaks more than 50 times per year for men’s retreats, wild game dinners, men’s conference’s, schools, and in churches all around the world. Brent understands what makes men tick, how to capture and hold their attention, and how to move men to action. His transformational message has moved over 13,000 men to receive Christ in just the past decade alone. Brent’s hard to top guy stories and powerful message will guide you through the wilderness, equip you to overcome the harsh realities of the unseen with overwhelming force, and awaken the roar within.

Sky Streetly –  Treasurer
Sky Streety  is a Success Coach, certified through the John Maxwell Team, based in Austin, Texas.  He works with marketplace leaders to create a customized Playbook for healthy organizational and life practices. He successfully started and sold a multi-million dollar legal service business and also has helped other organizations and clients experience spectacular business turnarounds through his coaching and training methodology. He loves being a success coach because it enables him to enjoy a front row seat to personal transformation. In 2020 he authored his first book:  You’re Not Just Another Face in the Crowd (on Amazon) and is currently working on his second book:  The Two Minute Drill – The Marketplace Leader’s Devotion for Winning The Week. Sky loves to do anything that involves the outdoors and the mountains, is married to Lynne and they are a blended family with four children.

Stacy Johnson – Secretary
I’m Dr Stacy Johnson, an ambassador of Jesus Christ, who has been serving in the capacity of men’s ministry leadership for over thirty years. Raised on a hog farm in rural Indiana, I am an avid outdoorsman, who enjoys all facets of hunting and fishing. I am very passionate about fulfilling the great commission and have served on over forty short term mission trips. When I’m not leading mission trips or leading my family, I am leading men into a deeper understanding of who they are in Christ. Currently serving as secretary for High Country Ministries, I’m excited to come alongside a conglomeration of likeminded ministry veterans, whose heartfelt desire is to see men victoriously lead their families out of the lies of the enemy into the fulfilling life that God designed for them.

You may have missed

Why Hunt The Backcountry 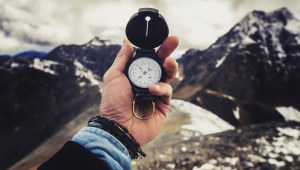 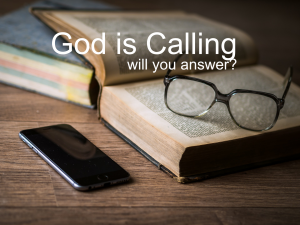